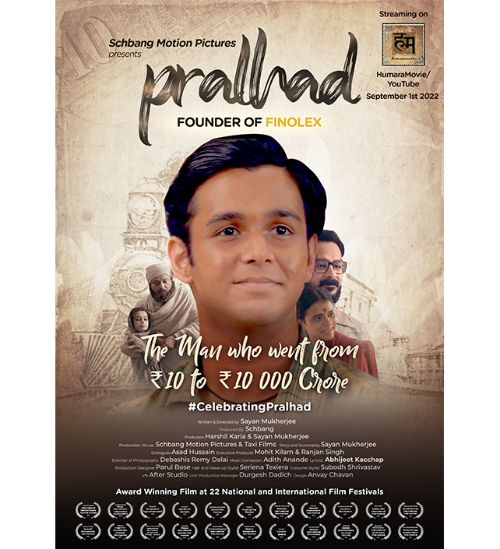 The short film ‘Pralhad’ which is based on true events taken from Finolex founder Late Shri Pralhad P. Chhabria’s autobiography ‘There’s No Such Thing as a Self-Made Man’ was released on September 1, 2022,  on YouTube. The film is produced by Schbang Motion Pictures produced the film and was backed by Finolex Industries. The short […]