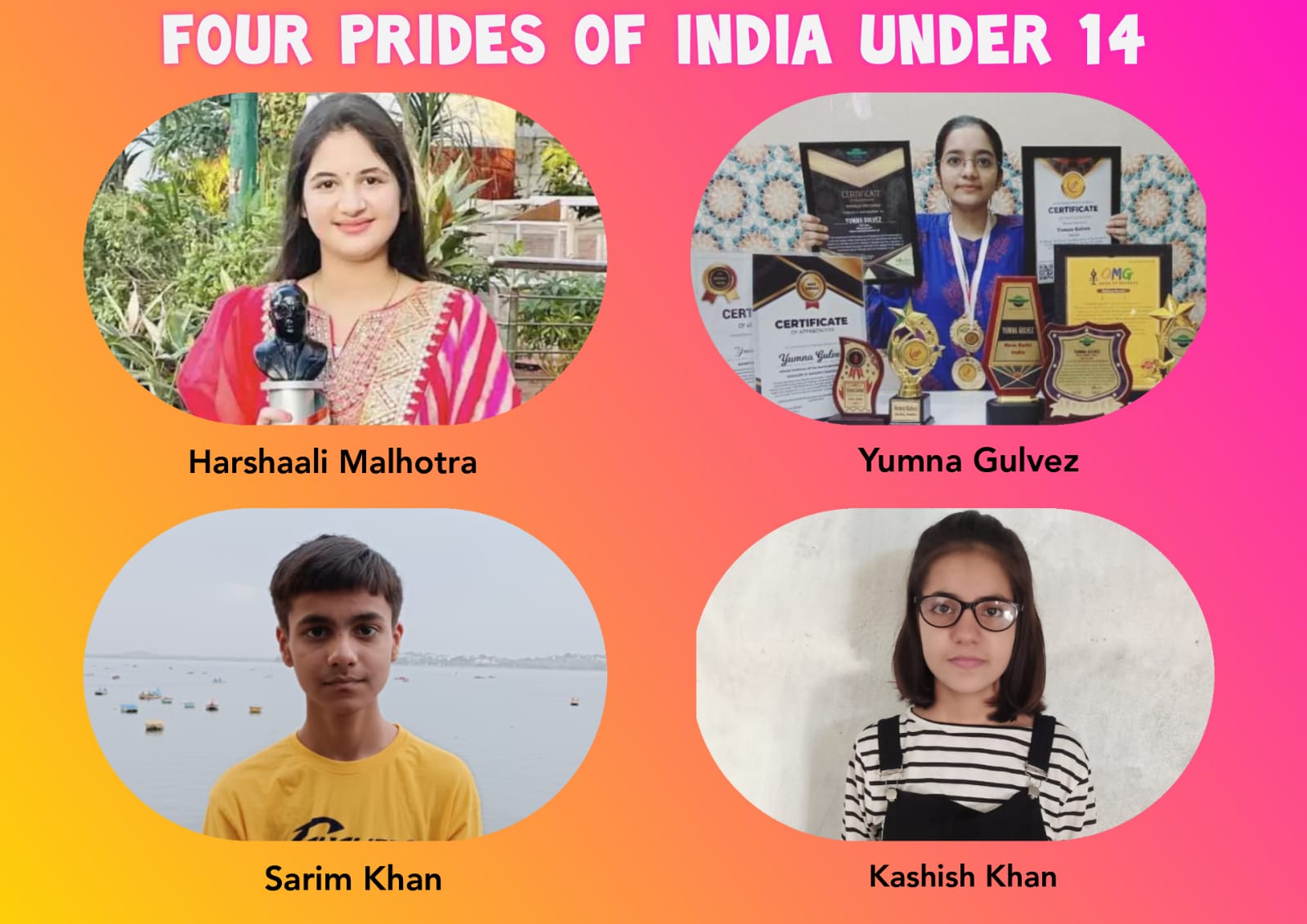 The Four Prides Of India Under 14 are Harshaali Malhotra,Yumna Gulvez,Sarim Khan and Kashish Khan because of their exceptional talents in their particular field of interest by which they proved that they are the future of their country.

Harshaali Malhotra made her film debut with a leading role in Kabir Khan’s 2015 drama film Bajrangi Bhaijaan, opposite Salman Khan, Kareena Kapoor, and Nawazuddin Siddiqui. She played the role of Shahida also known as ‘Munni’, a Pakistani Muslim girl who gets lost in India and travels back to her homeland with the help of an Indian, Pavan Kumar Chaturvedi (played by Khan). Malhotra was selected out of 5,000 girls who appeared for the film’s audition. Malhotra’s performance as a mute girl was critically praised and earned her the Filmfare Award for Best Female Debut nomination, making her the youngest person to be nominated in the category and won the Screen Award for Best Child Artist among several other awards and nominations. She also received the Bharat Ratna Dr. Ambedkar Award in 2022 for her performance in Bajrangi Bhaijaan.

Yumna Gulvez is a 14 years old bibliophile soul been a true believer of hardwork, dedication, creativity, patience and optimism,she is a trio world record holder for being the Fastest Solo-book Writer,Fastest Biography Writer and Fastest Manuscripter in the whole world recognised by Inkzoid Book Of Records,OMG Book Of Records and Glorious Book Of Records. Yumna Gulvez is also the founder of Serving You Publication, certified as India’s Future Tycoon and firmly believes in revolutionary change through massive actions.Currently she is the youngest publisher in the whole world and her mentor is Durlav Sarkar who is a celebrity entrepreneur and multiple world record holder.

Sarim Khan from Uttar Pradesh made a world record by being able to solve any IIT-JEE physics problem in quickest way.

Sarim Khan an 11 year old boy presently created a world record, showing his talent to the world that he can solve any IIT-JEE physics problem quickly and his name enters in INKZOID book of world records 2021.

Sarim Khan was born in Deoria,Uttar Pradesh.His father is an English teacher.He started solving physics at age of 9.
He is studying in Expedition Academy Hata Kushinagar.He is currently in 7th standard.

Kashish Khan from Uttar Pradesh made a world record by being able to solve any IIT-JEE maths problem in quickest way.

Kashish Khan an 14 year old girl presently created a world record, showing her talent to the world that she can solve any IIT-JEE maths problem quickly and her name enters in INKZOID book of world records 2021.

Kashish Khan was born in Deoria,Uttar Pradesh.His father is an English teacher and she started solving maths problem from a very small age.She is currently in 10th standard.

Team INKZOID and the founder Durlav Sarkar believes that kids are the future of the country. 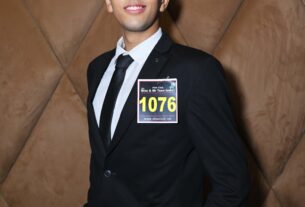 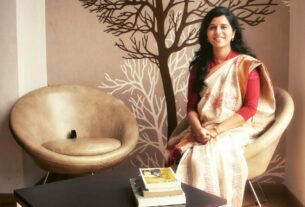 Smitha Joshi explains ‘How To Manage a Bad Day’