PM Modi took to Facebook to congratulate the by-election winners in Uttar Pradesh’s Azamgarh and Rampur.

The BJP on Sunday bagged two Lok Sabha and three assembly seats while the Aam Aadmi Party (AAP) suffered a setback in Punjab’s Sangrur as results came in for the bypolls to three Lok Sabha and seven assembly seats spread across five states and Delhi. However, there was something to cheer about for the AAP as it won the bypoll to the Rajinder Nagar seat in the national capital.

PM Modi and other BJP leaders called the Azamgarh and Rampur wins historic as it marked the faith and acceptance of people in BJP.

The by-poll wins in Azamgarh and Rampur are historic. It indicates wide-scale acceptance and support for the double engine Governments at the Centre and in UP. Grateful to the people for their support. I appreciate the efforts of our Party Karyakartas.

Modi had earlier congratulated Droupadi Murmu for her presidential elections.

How you can Increase Added Value to Your Products 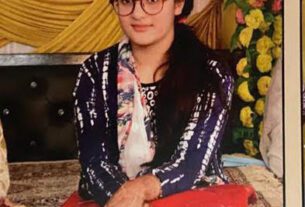 Hena Shafi is the young rising literary star from Kashmir