Stella Ramola Dhinakaran is a Christian Blogger, Lifestyle Vlogger and young Minister of the Gospel. She not only releases regular songs and albums, blogs and vlogs, but also influences the young generation predominantly through her music and sermons. Her blog has a lot of practical Christian living and lifestyle tips and her songs have been a source of comfort to millions around the world and her vlogs have been a great tool that has helped her connect with the younger generation. Being the daughter of Dr. Paul Dhinakaran (Chairman of Jesus Calls International Ministries), she also ministers through the various forums of the Jesus Calls Ministry including heading the U-Turn facet of the ministry targeting the youth. You can know more about her at www.stellaramola.com

John Giftah is a young and dynamic Minister of the gospel who has predominantly dominated the Christian Podcast space in India. His DAILY Christian podcast “Fuel for the Soul with John Giftah” which primarily ranks as the #1 Top Christian Podcast in India on the major platforms is a hub for short inspirational Christian sermons, Practical-Living messages and Christian Interviews and has featured renowned guests like Holly Starr, Stella Ramola and Andrew F Carter. He is also a bestselling Author of 2 books, “Who Am I?” and “Unveil Your Purpose” of which the latter became a #1 New Release on Amazon in India. Apart from the podcasts, he is also a Christian Youtuber who shares regular sermons, skits, livestreams, etc on his YouTube channel and uploads regular inspirational posts on Instagram, hosts a weekly radio show and runs ‘John Giftah International’ Ministries. You can know more about him at www.johngiftah.com

Vihan Damaris has predominantly taken over the Christian Youtubers space in India with her subscribers count on the verge of hitting the 100K mark. Her videos range from music videos to interviews to skits and Youtuber response videos and she shares practical Christian living principles and teachings along with her original songs and covers. She has also released an album titled “An Evening with Grace” which features some of her originals. You can check out her channel here: https://www.youtube.com/c/VihanDamaris 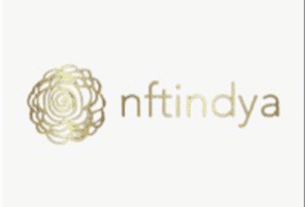