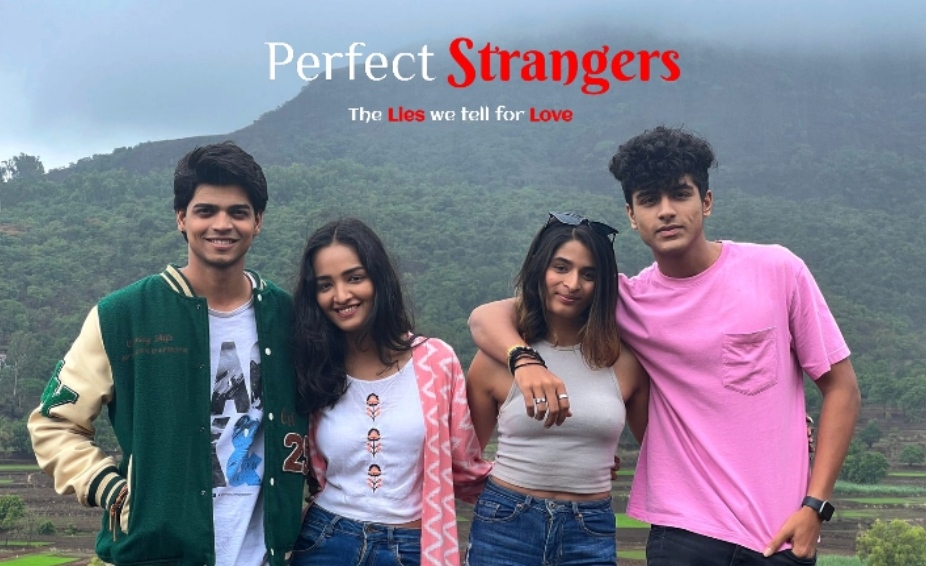 Cinematographer, Mandar Sudhakar Khare and actor, Akshata Gaigaware have geared up for their directorial debut with the web series, “Perfect Strangers” which will hit OTT platforms by October 2022. The romantic drama is backed by Evasion Studios. This series will be having 10 episodes with a total viewing time of approximately 2.5 hours, revolves around four characters touching upon online dating and their remedies through an entertaining narrative.

“Will you be my Perfect Stranger?” 20-year-old Kunal asks a stranger he met on a website. While Dushanti, who has just moved to the city for her studies is finding it difficult to adjust to the fast and extroverted world around her. Perfect Strangers is the story of how these two people from different world end up talking to each other. It is a story of a family, college friendships, love, and rivalry and all the drama it brings.

Ashutosh Paranjape, who plays the role of Kunal on speaking to our team when asked about his experience of working on the series, Perfect Strangers he said, “It took me not more half an hour into our first meeting with my Directors Mandar Sudhakar Khare and Akshata Gaigaware to know that this project and these people have a big amount of creative potential waiting to be unlocked.

And I am glad they liked me and trusted me enough to play the lead in the web series ‘Perfect Strangers’. I started out happy since the day one because my father was there for the Muhurat shot and pooja, which in itself was a strong sign of support and positivity for me to do this project.

Starting with the workshops and getting to know the professional as well as the fun side of my directors and co-actors was really exciting. The way I gelled with my co-actors, the whole Production and the Art team was something I always look forward to happening with me on sets. The emotional and comic graph of the whole script was kept so playful, that I felt I was enjoying more than I was working. But I was working, not just enjoying you can ask the Directors!

The shoot environment was quite chill and because we had done workshops and had received our individual briefs already, there were no hard restrictions to play the character on set as long as it was in line with it. We used to hang out quite often to build the onscreen friendly as well as romantic chemistry. We enjoyed the work between travel, shooting, bonding and cracking amazing puns. Okay, I take responsibility for the amazing Puns with Mandar, Omi and Zuluk. And not just the shoot, the dubbing was quite fun as well.

I really feel I was not only a part of a fun and potentially strong project, but also created bonds with the team and have got friends in them. I enjoyed working with Evasion Studios and I have a gut feeling it’s going to be a big milestone for me.

Adding to this on her experience of the series, the lead actress, Zuluk Mandhare said, “Perfect Strangers is my first project of this kind and that is why, I guess, is this special to me. I came to know about the auditions through my childhood buddy, Sarthak. I then met Akshata & Mandar for the first time (very formally might I add, which now I can’t believe considering how things are, all good though).

We had everything discussed, then got talking and that “formal” meeting went for almost 2 hours.

In all honesty, I was initially considered for a different role, but I guess when I met them for the first time, I left a different imprint of mine which made Akshata, my director, call me the next day and ask me if I would be interested to play another character, series’ lead. I was taken aback but was truly ecstatic and that’s how I found Dushyanti, and the rest is history.

I never got to know when this talented and an amazing director duo quickly became my friends from being just two strangers, I guess. Even the rest of the team! Aditya, Saif, Omkar, Sanket and my cast as well. My co-actors have been a total blast.

I’ve had such a good time. Being on set – laughing, learning, working, juggling between takes, giving inputs, taking notes, travelling, cracking the lamest puns (Yes! The puns department included me, Ashutosh, Mandar and Omkar, rather proudly but making a total mess at times for Akshata to handle and for the rest of the team to enjoy)

Oh, getting both appreciated & scolded too. Big time! But at the end of the day, I am happy to have made my directors proud. The practice sessions even, before we rolled the mahurat shot and thereafter the dubbings – nothing was less than fun!

I believe the magic is when you do not realize that this is “work” and these are “work people” if the work itself is one, something that you really love & two, if it is made fun which these guys, my team really did for me. I feel rather elated for being such a part of Perfect Strangers and for having a big chunk of these Perfect hooligans. Can’t wait for the series to release and be out there for all of you to relish!

Kunal’s best friend Raj played by Sanchit Beri,  is also one of the important roles in the series, and was very happy to share his experience, “I’d like to use this opportunity to share my fantastic experiences while working on the web series Perfect Strangers. The fact that I had never imagined myself as an actor made it all the more difficult and intriguing for me. When Mr. Mandar Sudhakar Khare, writer and director of the web series, approached me for the acting job, I was skeptical at first, but after hearing the narrative line, I became even more eager to take on the role, and I thought, why not give it a shot? After all, what is life if not new challenges? Now that the series has concluded, I can confidently state that it was a really fruitful experience, and I would want to totally credit my experiences and success to the Evasion Studios team, who were very helpful and professional throughout and worked day and night to make it a success.”

“Just like Sanchit mentioned, even I was very fortunate that the directors believed in me, and I got this role” added actress Abha Desai. “When Mandar Sudhakar Khare came across my profile and called me asking if I would be interested in acting for the series. I was skeptical initially but then after giving it a thought I decided to meet Mandar and Akshata, where we had a quick reading session. After this meeting they said OKAY, and it was done. I had gotten my 1st role.  Mandar’s co-director Akshata was very kind to help me live this character.

High school has helped me learn many things, and over the years I have realized that is to strive to always do my best. Life is not going to get any easier. If I plan to go into acting, I should know how to persevere. Life will throw its curve balls, but I will always know how to keep on rolling” she said.

Adding to this terrific list of actors of the of series, Amar dada, played by Abhishek Upalekar shared, “I met Mandar sir while I was assisting a short film, whereas we connected and started talking, he briefed me about his upcoming project a web series called a “Perfect Stranger”.

After a few days, to my surprise Mandar sir called me informing me that there was a role that he thought would be suitable for me, I was so elated with the news and extremely excited to be a part of the project, so I immediately agreed to it. To be honest some other actor was previously finalized for the role but due to some personal reasons he could not continue with the project.

When I started shooting for the web series, I was extremely nervous as I didn’t have much experience with acting as I belong from the dance background and dancing has always been my forte and my passion, but despite that I had done few minor roles as a theatre artist, but facing the camera was a whole new challenge for me, but the entire cast and crew and especially our Director Mandar sir were extremely supportive and cooperative with me.

Everyone that I have worked with have inspired me and motivated me to be a better actor. Their generosity and support have really helped me come a long way as an actor. I really hope that my hard work and determination pave a way into the audience’s heart, and they like and accept me on the screen. I sure hope to make my place in the industry someday.”

Along with these other artists include Sukanya Gurav, Omkar Ghalsasi, Rohit Bapat, Bhushan Waze and Sarthak Khatawkar.

This completely creative and enthusiastic team has been working really hard and can’t wait for the series to release and is all set to entertain all of you. 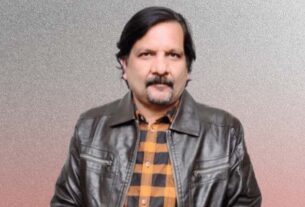 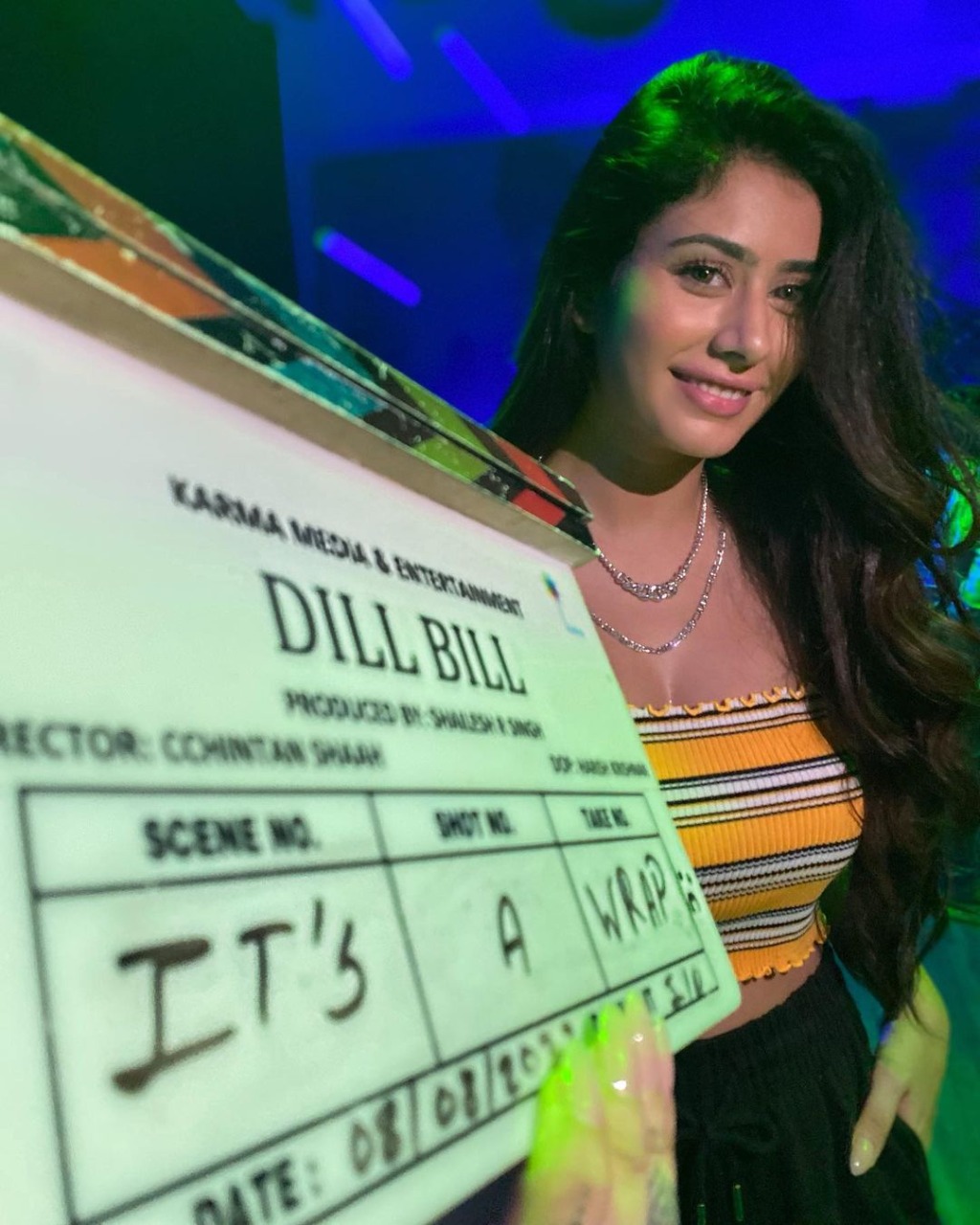 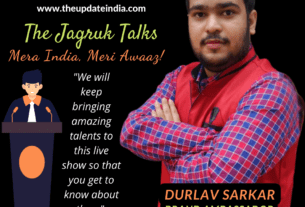