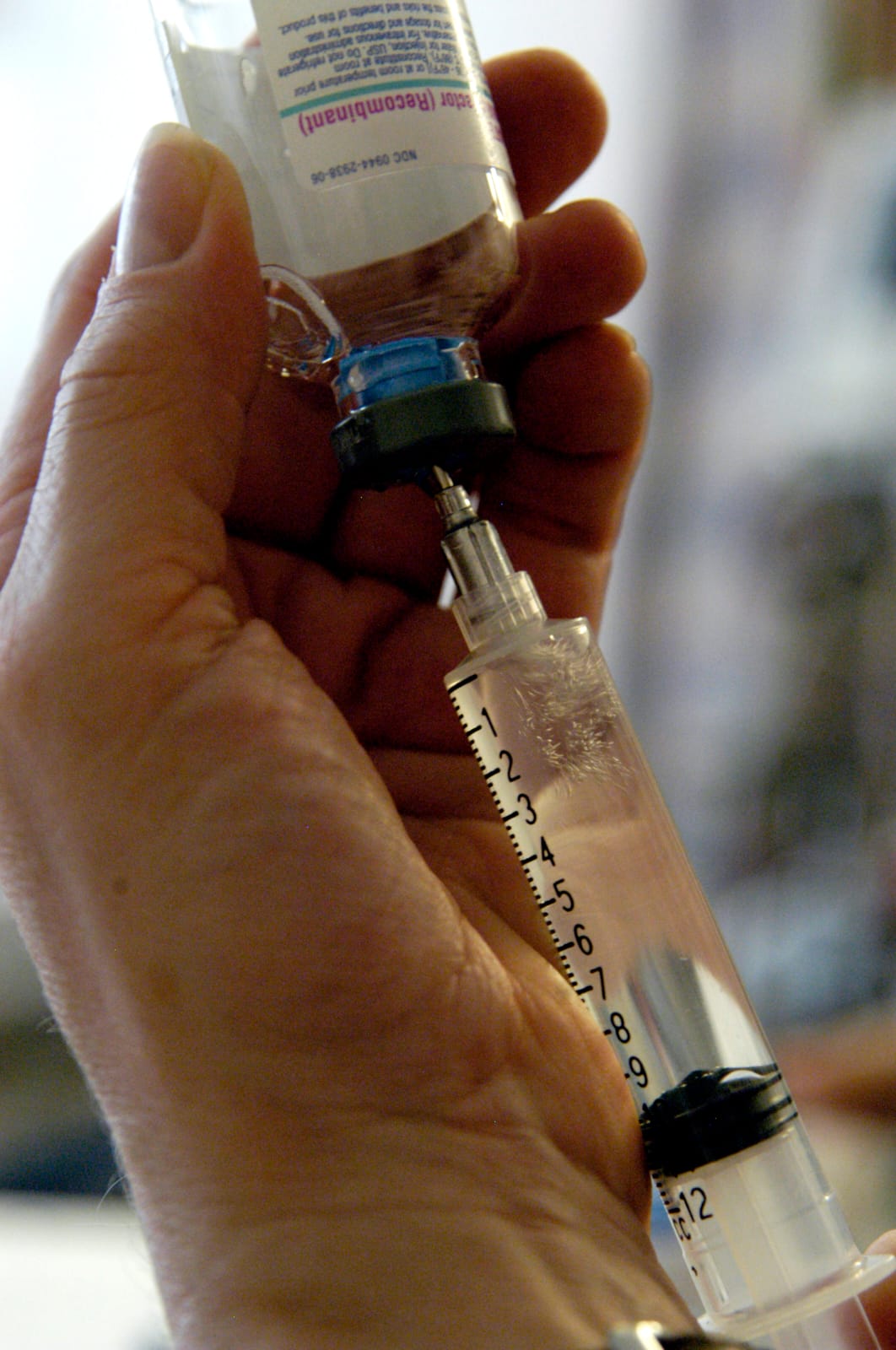 10cc is a novel7 on drug abuse8 by medical doctors13 written by Dr Ram Narayan Sharma and published first in august 2010. 10cc refers to the 10cc syringe4, i.e. a syringe with the capacity of holding 10 ml of a liquid, used mostly for delivering Intravenous29 reconstituted drugs11 like antibiotics12. Reconstituted drugs are the one originally in powder form and to be dissolved in NS37 or sterile water before injecting. Novel is written in dark comedy9 manner and reflects attitude38 of young doctors in India10. The novel portrays beginning of a doctor in medical world with no ideals.

It was first published in august 2011 by Power publishers, India. After the contract expired, it was published on the Amazon and is now available worldwide.

Naming of the novel

Antagonist21 in this novel, Dr Doshi, is a respected cardiologist22 but addicted to a sedative23 ‘midazolam28’. He prescribes midazolam 2 vials24 to each patient25 on a half torn prescription26 so as not to allow the name of hospital27 visible on prescription and stocks the vials. Whenever he needs to go high, he takes the drug in higher doses, up to 10ml sometimes. Doshi injects patients with air instead midazolam they have bought, saying ‘even if 100ml air is given intravenously, nothing happens19’. The icon30 of a syringe as a means to get rid of ailments31 is degraded to the means of going high while working in an ICU48, and that by a doctor. Sharma believes it to be the fitting tribute to today’s medical practices where games like ‘drunk doctor’ are being played47.

Set in year 2007 in rural India, the novel criticises32 the entire Indian medical system33 keeping the antagonist as the highest degradation of the once most noble of all professions.

Protagonist20 is a young doctor whose name is not disclosed in the novel. He is referred as ‘he’. ‘He’ is an internist, smoker, drinker and good just in theory. He has very little experience of working in a hospital. He uses influence of his friend Sid to join the busiest hospital with an ICCU in town and get appointed in evening duty as a doctor. He works in his collage hospital in morning. The hospital is in an old crumbling villa infested with mice and rats and is extremely dirty. The hospital management is seen by mam, wife of Dr Doshi, the antagonist. Mam is dumb but sexy and protagonist yearns for her. In due course of time protagonist finds Dr Doshi doing weird things which are described by staff as done due to overwork. He soon finds out that Dr Doshi is addicted to a sedative ‘midazolam’. Doshi makes the patients buy the drug in the name of emergency43 and abuses it. Protagonist finds out that all the staff and few patients are aware of this.

Within few days of this discovery Sid switches hospital that pays more. Antagonist keeps working in the un-sanitized hospital with another electropath14 doctor Kaate, dumb nurses and underperforming machines. Departure of Sid widens his responsibilities and he goes on learning quickly. He asks Manoj, a friend of his to join hospital but Manoj leaves within a month. Kaate departs after an emergency turned bad and He is faced with influx of patients while Dr Doshi keeps working in the hospital in inebriated state. Irresponsible sweepers and an underage exhausted nurse allegedly in love with Kaate makes his work even harder. He demands an extra nurse to mam instead of another doctor and gets a young, sexy and hopelessly dumb teen pseudo-nurse.

Though feeling bad for getting a useless nurse, Kamini, He is attracted to her and her tiffin which she spares for him. He starts flirting with her and finding it convenient for reviving less thrashing, Kamini starts showing interest. During this time He works tirelessly in hospital and confronts various kinds of patients and peoples. His notion of the hospital as a nightmarish place keeps rising, aided by increasing stupor induced deeds by Dr Doshi until his breakdown after helping a poor family. He decides to leave the hospital happily but thinks He is missing something. He finds out what He was missing at the end of the book.

Dr Sharma was deeply inspired by ‘Catch2235’ of Joseph Heller36 which he was reading at the time of his internship. He witnessed the humour in serious hospital setting and noticed the ugly things which run in doctor’s world. So he started using the facts and blending the story in. The incidence of using the two contradictory articles on same website where half of the writers-researchers are same is one of the examples.2

Protagonist is not named at all in novel. He represents all the young medical students who are on the brink of losing their innocence and ready to carry on the legacy of rotten medical system of our age.

Two minds. Protagonist constantly feels tug of war with what he calls his sane and insane mind. In the end when protagonist decides to write a novel the sane one starts holding him back while insane one encourages him. This raises issue of whether it’s sane to be the part of the system and live happily or expose its true nature and break it in order to try to get something better.

The novel is straight in chronological order except prologue49 and epilogue50 and occasional flashbacks going in protagonist’s mind, protagonist getting reminders from his mentors and his interactions with friends.

Late night messaging between protagonist and Kamini is typical of youngsters since reliance34 dropped the messaging rates in past forcing other cellular provider companies to do the same.

All the young characters say ‘yeah’ while the older says ‘yes’.

The novel delves on youngsters thinking that ‘nothing can be done in or against the system’ and subsequent depression it burdens them. It’s kind of social dilemma, whether to report irregularities or just put a blind eye to it, pretending everything is normal. Protagonist has almost everything. A good family, doctor’s degree, knowledge, post in ICCU and subsequent experience after getting exposure, pay enough for himself for time being, a flirting nurse and a ‘happy meal facility’. But still He is restless, seeking something not knowing it is and smoking instead of trying to look for it. He finds it at the last moments of novel. He hates the system and still knows He is going to be sucked in it as noticed after the dialogue with the MR in chapter 23. His acceptance that ‘nothing can be done against Doshi’ sparks another way to deal with the situation when a former patient says ‘you came out to be too pessimistic.’ He ends up finding a way in the end.

For most of the events he has an alternate satirical dialogue or cuss word ready which he says in his mind. Like adding ‘bitch’ in mind after ‘yeah’ when he doesn’t agree to something but has to do it nonetheless.

Despair. Protagonist expects ICCU to be grand one but has to work there against his heart as he has no alternative. Dr Doshi was deemed brilliant and he notices that too. But the dopiness of Doshi along with suffering and anguish caused to patients and their relatives makes him sad. He wants to get rich quickly, but knows it takes time. He feels he can’t give time for his friends. He starts buying packet of cigarette for night instead one or twos he was used to. Lot of ‘great’ things are promised to our youngsters, but when seeing from close quarters everything loses its glamour seeing them reduced to lower levels.

Kamini, the young nurse with dubious past and many boyfriends, starts flirting with the protagonist in order to get away from thrashing she receives for incompetence in work and starts coming to hospital with his favourite snacks. Protagonist just wants to fuck her and finding plans not working, loses interest.

Doshi’s family doesn’t spare any chance in exploiting the genius after spending years in poverty. Instead of helping the needy people in spite of themselves being poor for a long time they want money from each and every corner of medical field like selling out-dated drugs. And they get away with that using money, influence and lawyers. They even appoint staff with no knowledge and experience because they work on low wages. They do not repair important machines like medical monitors42 and generators44.

Medical humanities is an interdisciplinary field of medicine which includes the humanities (literature, philosophy, ethics, history and religion), social science (anthropology, cultural studies, psychology, sociology), and the arts (literature, theater, film, and visual arts) and their application to medical education and practice.  The book shows pain of patients and relatives, as well as making of a doctor and educating young doctors about dark side of addiction.

Such incidences give rise to quotes like “Statistics are like a bikini. What they reveal is suggestive, but what they conceal is vital.”’.37

When it is written 2ml/kg, you have to multiply weight of the person with 2. For ex. For a man with 50 kg wt, 100ml is dangerous level of exposure. Severity depends on factors like whether foramen ovale is patent or not, whether air was rapidly introduced, proximity of air to right side of heart, etc. References are present in pathology books also. 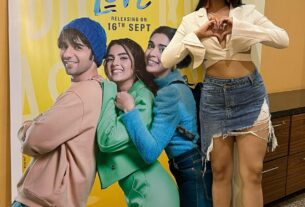 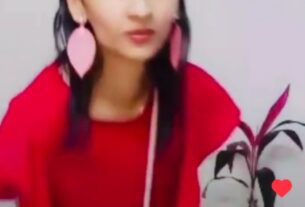